at the heart of our community

The Hall was built in 1897 to celebrate the Diamond Jubilee of Queen Victoria at a cost of £400. A planning meeting was held in the old school in February and seven months later on September 23rd the Hall opened.

The clock tower was added in 1902 and the Turret Clock installed in the same year to commemorate the Coronation of King Edward the Seventh and his Queen, Alexandra. The Clock was made by W H Bailey of Manchester and is an eight day clock.

WHO HAS WOUND THE TOWER CLOCK ALL THESE YEARS? 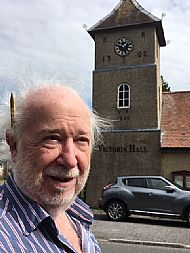 Towards the end of 2021 we launched an appeal to help cover the costs of renovating the clock which has been faithfully ticking away since 1902.  Luckily a company associated with the original makers are still in business and we contracted them to remove the clock mechanism and faces to carry out a much needed refurbishment.  In carrying out this work we discovered other remedial work which needed doing and also could be carried out whilst the scaffolding was in place.  We replaced the louvre windows, the lead flashing on top of the tower, repaired some internal woodwork and renovated the weather vane.

Thanks to the generosity of residents of the Dever Valley we achieved our fund raising target.

We hope you will find the images in the gallery below interesting and give a good idea of how we spent your money.  Without you this would not have been possible. 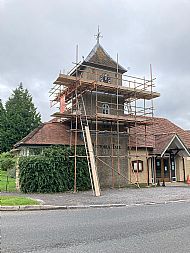 The scaffold is up 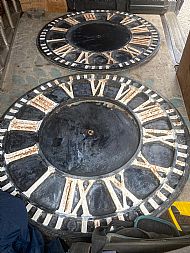 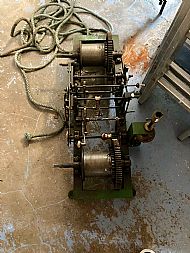 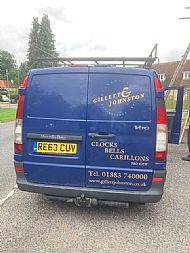 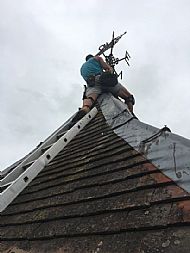 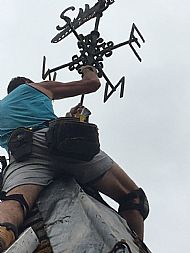 A head for heights! 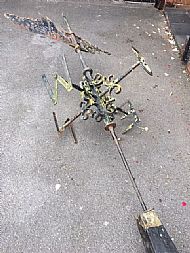 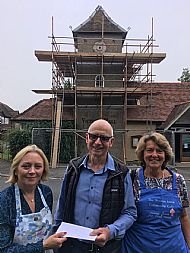 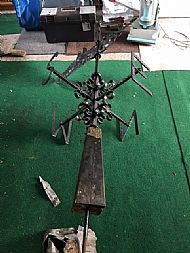 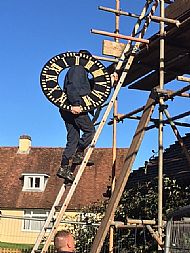 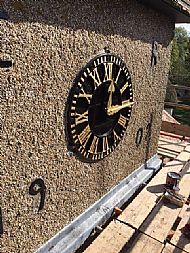 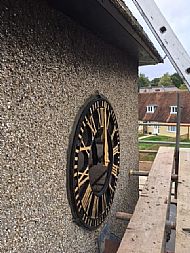 Must leave hands at 12 if clock not working! 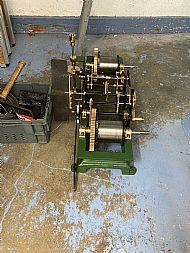 Back and good as new 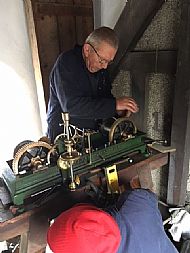 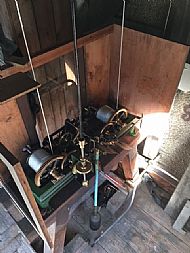 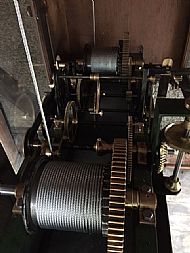